Eric was educated in public schools and earned an Angier B. Duke Scholarship to attend Duke University. Selected as a Rhodes and a Truman Scholar, he attended the University of Oxford, where he earned a master’s degree and a Ph.D. His doctoral thesis, Children First, investigated how international humanitarian organizations can best serve war-affected children.

He has worked as a humanitarian volunteer, documentary photographer, and researcher in Rwanda, Cambodia, Albania, Mexico, India, Bosnia, and Bolivia. 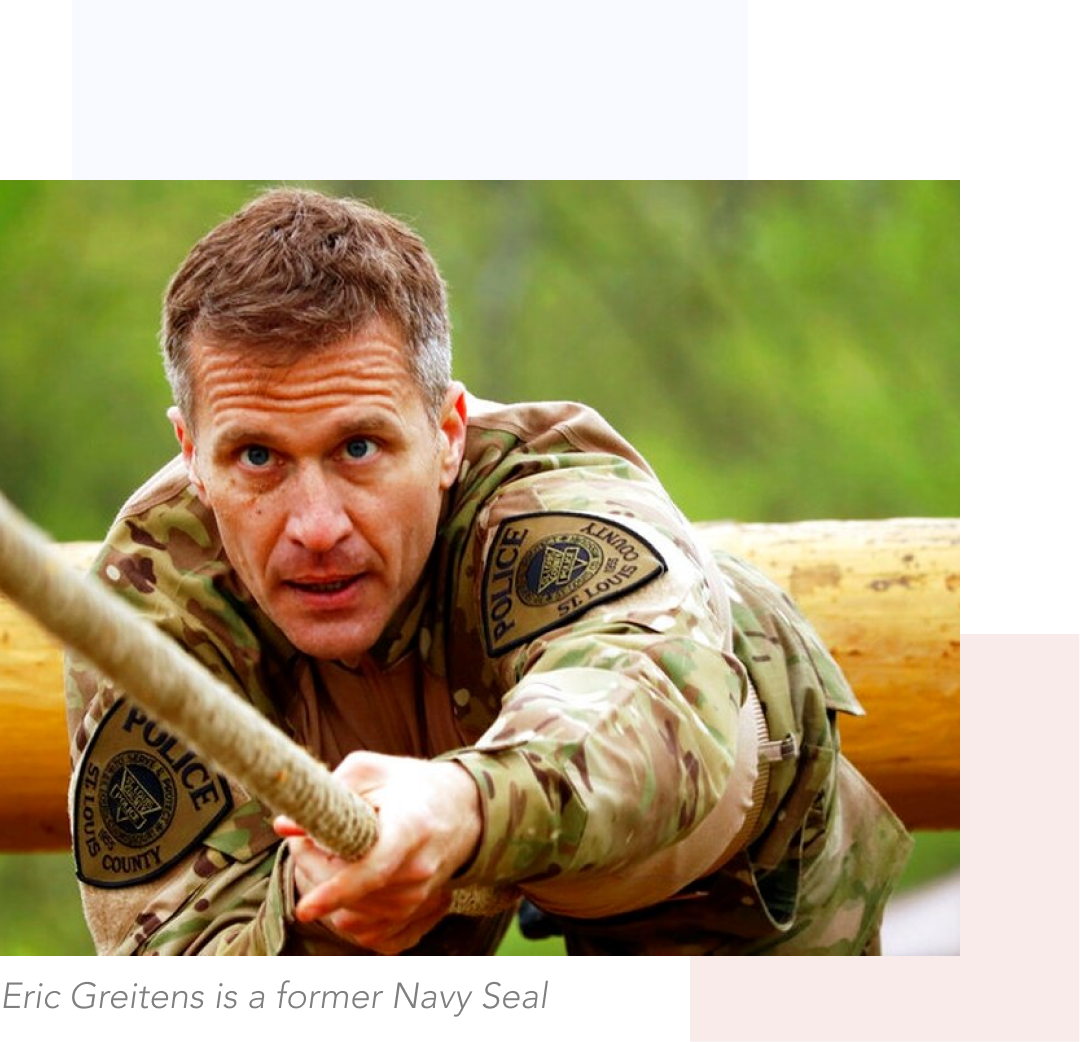 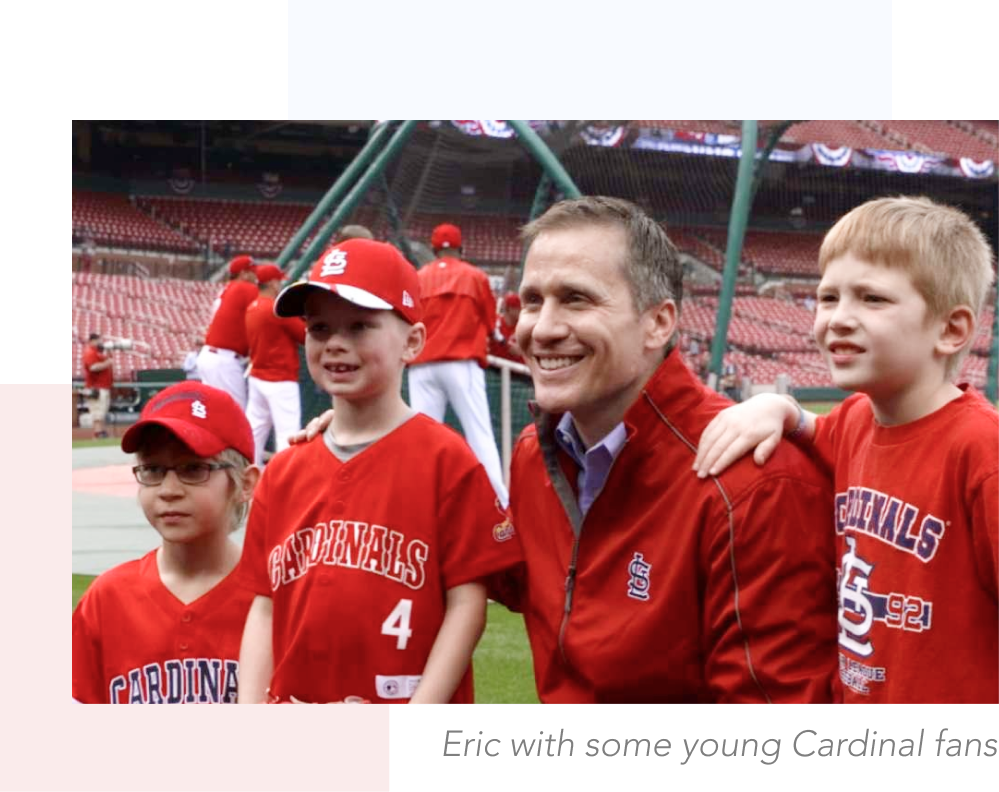 After returning from Iraq in 2007, Eric donated his combat pay to found The Mission Continues, a national organization that challenges and inspires returning wounded veterans to serve in communities across America. As CEO, Eric was frequently recognized as one of the most innovative leaders in America. Major League Baseball and PEOPLE Magazine named Eric an “All-Star Among Us,” and the National Conference on Citizenship named him its “Citizen Soldier of the Year.” In 2008 President Bush personally presented Eric with the President’s Volunteer Service Award.

For his work with veterans, Eric was named to TIME magazine’s list of the 100 most influential people in the world for 2013. In 2014, Fortune magazine recognized him as one of the 50 greatest leaders in the world.

A conservative and a political outsider, Greitens was elected Governor of Missouri in 2016. He championed support for police officers, fire fighters, first responders, and veterans; ended lobbyist gifts, killed a pay raise for politicians, cut taxes, eliminated burdensome regulations, zeroed out corrupt insider tax credit schemes, and promoted the well-being of foster children and foster families. For his work as Governor, he was inducted into the American Academy of Achievement.

Eric’s first book, Strength & Compassion, was recognized as ForeWord Magazine’s Photography Book of the Year and was the Grand Prize Winner of the New York Book Festival. The Heart and the Fist: The Education of a Humanitarian, the Making of a Navy SEAL, was a New York Times Bestseller. The Warrior’s Heart was recognized as one of the Best Teen Books of 2012 by Barnes & Noble and Kirkus Reviews, and his latest book, Resilience, was also a New York Times Bestseller.

Eric is a sub-3 hour marathon runner and the winner of the Shamrock Marathon at Camp Fallujah, Iraq. As a boxer, he won two Oxford Boxing Blues and the Gold Medal at the BUSA National Boxing Championships. A Missouri state and USNTF national champion in sparring, he holds a 2nd Dan Black Belt in Taekwondo.

Contributions are not tax-deductible as charitable contributions for federal income tax purposes. Federal law requires us to obtain and report the name, mailing address, occupation, and name of employer for each individual whose contributions aggregate in excess of $200 per election cycle. Contributions by corporations, foreign nationals (non-green card holders), labor unions, federal government contractors, and minors under the age of 18 are prohibited.

Contributions to WinRed are not deductible as charitable donations for federal income tax purposes.